The hip jointis the largest weight-bearing joint in the human body. It is also referred to as a ball and socket joint and is surrounded by muscles, ligaments, and tendons. The thigh bone or femur and the pelvis join to form the hip joint.

The hip is an important joint that helps us walk, run and jump. The ball-and-socket joint in the hip is formed between the round end of the femur (thighbone) and the cup-shaped socket of the acetabulum (part of the hip bone). Joint stability in the hip region is achieved through the labrum (a strong fibrous cartilage), which covers the acetabulum and seals it, and ligaments (tissue connecting bone to bone) and tendons (tissue connecting muscle to bone) that encase the hip and control the hip movements.

Hip pain, one of the common symptoms patients complain of, may not always be felt precisely over the hip joint. Pain may be felt in and around the hip joint and the cause for pain is multifactorial. The exact position of your hip pain suggests the probable cause or underlying condition causing pain. Pain felt inside the hip joint or your groin area is more likely to be because of the problems within the hip joint. Likewise, the pain felt on the outer side of your hip, upper thigh or buttocks may be a result of the problems of the muscles, ligaments, tendons and soft tissues surrounding the hip joint. However certain disease conditions affecting other parts of your body such as lower back or knees also cause hip pain.

A tear in the muscle fibers caused by either a fall or direct blow to the muscle, overstretching and overuse injury is called a strain. Muscle strains often occur in the hip region whenever a muscle contracts suddenly from its stretched position. It can be mild, moderate or severe and depends on the level of injury. The chances of having a hip muscle strain becomes high if you have had a previous injury in the area or if there is no warm-up before exercising.

Hip bursitis is a painful condition caused by inflammation of a bursa in the hip. Bursae are fluid filled sacs present in joints between bone and soft tissue to reduce friction and provide cushioning during movement.

Avascular necrosis, also called osteonecrosis is a condition in which bone death occurs because of inadequate blood supply to it. Lack of blood flow may occur when there is a fracture in the bone or a joint dislocation that may damage nearby blood vessels. Chronic use of high doses of steroid medications and heavy alcohol consumption are the two main risk factors of avascular necrosis. Initially, small breaks appear in the bone that may eventually collapse. Hip joint is most commonly affected; however, the knee and shoulder may also be involved.

The hip joint is a “ball and socket” joint. The “ball” is the head of the femur, or thigh bone, and the “socket” is the cup shaped acetabulum. The joint surface is covered by a smooth articular surface that allows pain free movement in the joint.

The hip joint is a ball and socket joint. The “ball” is the head of the femur, or thigh bone, and the “socket” is the cup shaped acetabulum. The joint is surrounded by muscles, ligaments, and tendons that support and hold the bones of the joint in place. Hip dislocation occurs when the head of the femur moves out of the socket. The femoral head can dislocate either backward (posterior dislocation) or forward (anterior dislocation).

A gluteus medius tear is a condition characterized by severe strain on the gluteus medius muscle that results in partial or complete rupture of the muscle.

The gluteus medius is one of the major muscles of the hip and is essential for movement of the lower body and keeping the pelvis level during ambulation. The gluteus medius muscle arises from the top of the pelvic bone and attaches to the outer side of the thigh bone or femur at the greater trochanter by the gluteus medius tendon.

The hip joint is one of the largest weight-bearing joints in the body, formed by the thigh bone or femur and the acetabulum of the pelvis. It is a ball and socket joint with the head of the femur as the ball and the pelvic acetabulum forming the socket. The joint surface is covered by a smooth articular cartilage which acts as a cushion and enables smooth movements of the joint. A chondral injury refers to an injury of the articular cartilage, covering the joint.

The hip plays an important role in supporting the upper body weight while standing, walking and running, and hip stability is crucial for these functions. The femur (thigh bone) and acetabulum (hip bone) join to form the hip joint, while the labrum (tissue rim that seals the hip joint) and the ligaments lining the hip capsule maintain the stability of the hip. Injury or damage to these structures can lead to a condition called hip instability. Hip instability happens when the hip joint becomes unstable causing various symptoms.

Loose bodies are small loose fragments of cartilage or a bone that float around the joint. The loose bodies can cause pain, swelling, locking and catching of the joint. Loose bodies occur if there is bleeding within the joint, death of tissues lining the joints associated with tuberculosis, osteoarthritis, and rheumatoid arthritis. Other causes include fractures, trauma, bone and cartilage inflammation, and benign tumors of the synovial membrane.

Hip and groin disorders are more common in athletes, caused by rapid acceleration and deceleration motion.

The hip joint is one of the most important and flexible joints in the human body which allows us to walk, run, bend and perform physical activities. It is a ball (femoral head) and socket joint formed between the hip bone and femur (thigh bone). The hip joint is surrounded by strong muscles and tough ligaments that prevent dislocation of the hip. The hip joint allows a greater range of motion of your body and hence is subjected to wear and tear.

Hip abductors are a major group of muscles found in the buttocks. It includes the gluteus maximus, gluteus medius, gluteus minimus, and tensor fascia lata muscles.

The Gluteus medius arises at the top of the pelvic bone and runs to attach on the outer side of the thighbone or femur. The muscle controls side-to-side movement of the hip and stabilizes hip movement.

Hip synovitis, also called transient hip synovitis or toxic synovitis is a condition in which there is inflammation of the synovial tissues surrounding the hip joint causing hip pain. It is the most common reason for sudden hip pain occurring in young children between the age of 2 and 9. It affects boys more commonly than girls and most of the times, the hip joint on only one side is affected.

Irritable hip, also known as acute transient synovitis, is a common disorder of childhood characterized by onset of hip pain and limping. The term transient means that it does not usually last long. It usually occurs before puberty and affects only one hip. Boys aged between 4 to 10 years are most often affected 2 to 4 times more than girls.

Tendons are strong connective tissue structures that connect muscle to bone. Hip tendonitis is a condition associated with degeneration of the hip tendons. This condition is mainly caused due to strain on the tendons which may be due to overuse, or biomechanical problems.

The hip joint consists of 2 bones, the hip bone and the leg bone. An injury or bruise to one of these bones or the surrounding muscles or tissues is termed a hip pointer. This type of injury is mainly caused due to a sudden blow or hit on the hip which can occur from sports activities such as football, rugby, volleyball, basketball, cycling or skating.

Legg-Calve-Perthes Disease (LCPD) or Perthes disease is a disorder of the hip that affects children, usually between the ages of 4 and 10. It usually involves one hip, although it can occur on both sides in some children. It occurs more commonly in boys than girls.

Slipped capital femoral epiphysis (SCFE) is an unusual disorder of the hip where the ball at the upper end of the thigh bone (femur) slips in a backward direction. This is caused due to weakness of the growth plate. This condition is commonly caused during accelerated growth periods such as the onset of puberty.

Osteoarthritis of the Hip

Osteoarthritis, also called degenerative joint disease is the most common form of arthritis. It occurs most often in older people. This disease affects the tissue covering the ends of bones in a joint (cartilage). In a person with osteoarthritis, the cartilage becomes damaged and worn out causing pain, swelling, stiffness and restricted movement in the affected joint. Although osteoarthritis may affect various joints including hips, knees, hands, and spine, hip joint is most commonly affected. Rarely, the disease may affect the shoulders, wrists and feet.

Inflammatory Arthritis of the Hip

Transient Osteoporosis of the Hip

Transient osteoporosis of the hip is a rare condition that causes bone loss temporarily in the upper part of the thighbone (femur). It is mostly found in young or middle aged men between the ages of 30 and 60, and women in their later stages of pregnancy or early postpartum period (following childbirth). It is characterized by abrupt onset of pain that increases with activity.

Physiotherapy or physical therapy is an exercise program that helps you to improve movement, relieve pain, encourage blood flow for faster healing, and restore your physical function and fitness level. The main aim of physical therapy is to make your daily activities, such as walking, getting in and out of bed, or climbing stairs, easier. It can be prescribed as an individual treatment program or combined with other treatments. 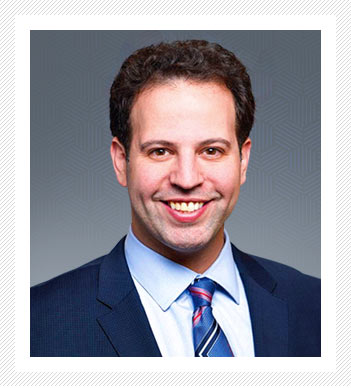